There is some complaint that the resource management/attrition aspects of Old School games leads some dungeoneers to game the system by adopting the 'five minute workday'. Basically, once HP are low, magical resources and special abilities have been depleted, and the dangers of the unknown loom ever larger, the adventuring party retreats to a defensible room, barricades themselves inside, and heals, rests, and recuperates. This is the way you would play a C'RPG', so why not an RPG?

Well, there's nothing wrong with that as a tactic. But an RPG is judged/refereed/games mastered by a living, imaginative person, not dead lines of script. And that person is responsible for the behaviour of the rest of the world, including (but not limited to) the monsters of the underworld. There has been endless discussion of the way that intelligent, social monsters can disrupt these kinds of PC tactics. But even the most mindless of monsters can threaten a five minute workday routine; one word, ROMERO!

Since Night of the Living Dead re-animated the zombie as a horror staple, the standard scenario has seen surviving humans adopting the tactics of the 'five minute workday' and coming unstuck. Resources continue to dwindle. The sheer weight of of the undead on the barricades renders the defensible position a deathtrap. The horror, the horror, sends N/PCs insane (even if you don't have a sanity mechanic for PCs, they've brought henchmen and hirelings, no?).

And even when the five minute workday is so well organised that it prodiuces something akin to the  moment of post-apocalyptic, post-scarcity utopia in Dawn of the Dead, there are always NPC parties interested in the same treasures. Some of those treasures are already in the PCs' possession... 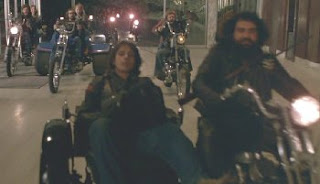 Sleep well in the dungeon.