The One Hour Game

Everyone has been writing about Mike Mearls series of articles discussing the design philosophy of D&D Next. His latest was about the ‘one hour’ D&D game, including character creation, which Mearls argues is supported by B/X D&D-style rules. While I don’t agree with much of the design philosophy that is leaking through from Mearls’ articles, and can’t see myself playing D&D Next (I’ve got various D&Ds and retro-clones, I’ve got WFRP, I’ve got RuneQuests and OpenQuests and Stormbringers, what do I need Next for?), I do have some sympathy for a game designed with shorter, episodic games in mind.

Back in the day, when we were carefree teenagers, we would play for whole evenings, whole days even at the weekend. But we’re not carefree anymore. We’ve got kids, and worse, jobs! We’ve even got to do our own washing and cook our own food. Oh, the humanity! And so we can’t play for 8 hours a day, or 5 hours in an evening. We play for about 2 and half to 3 hours in a single sitting, punctuated by cups of tea we brew ourselves, rather than jug after jug of Kool-Aid mixed up by Carlos’ mum. 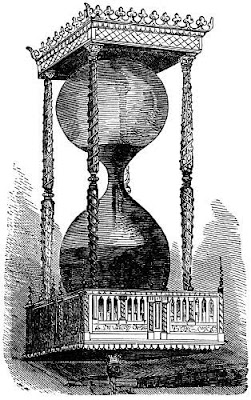 But a one hour game? That’s too short, it seems to me, though I’d be willing to give it a try. 2 to 3 hours is the length of a decent film, and so should provide plenty of time for the PCs to get up to a whole lot of stuff. Importantly, it allows the PCs to get up to a whole bunch of stuff at their pace. I cannot help but think that a one hour game that has a satisfying level of content will have this satisfaction diminished by the amount of railroading that the GM will have to do to push and drag the PCs to the action. But that’s me putting the ‘one hour session’ into our current gaming framework, thinking about playing for one hour every other week or so. If we’re thinking of a one hour session every few days, which might well be possible if you only need to assemble the gaming group for the length of time it takes to drink a cup of tea and eat a few biscuits, then a few ‘dud’ sessions might be a price worth paying for something that rattles along at a fair pace. It wouldn’t be Mearls’ vision of the one hour session, with recommended XP and treasure hauls and each session coming to some sort of climax, but it might be a pretty nifty way to play for people with busy lives.
Posted by Andy Bartlett at Thursday, March 22, 2012