This is not an argument for balance

Erik Tenkar posted a few days ago suggesting that running a skill-based RPG demands greater system mastery on the part of a GM than a class and level-based game. I thought of D&D and OpenQuest, and AD&D and RuneQuest II, comparing the two families of games. My intuitive response was; ‘No, he’s wrong. What can be easier than running a game with a unifying mechanic such as ‘roll under skill’? A GM can be up and running a game of, say, OpenQuest in no time at all. The eccentricities written into the variety of systems used to resolve character action in D&D demand that the GM doesn’t only have a feeling for the system, but real knowledge’.

But Tenkar is right, of course, to say that character generation, getting *players* up and running, can be far quicker in a system such a D&D. A player rolls stats and chooses a class, and away they go. Okay, they still have to buy equipment, but it is possible to streamline this process, with the help of a few dice rolls. A player rolling up a character in a game of OpenQuest or RuneQuest II has to assign skill points, choosing the abilities that are either class-based, or universal, in the simpler forms of D&D. Of course, that too could be streamlined by bringing in archetypes – kind of like proto-classes – in which all the starting skill points are assigned and a set of equipment allocated. Similar to the way careers work in WFRP1e/2e.

Well, maybe. But if you want to run a free-wheeling on-the-fly sandbox campaign, that a GM can easily have a very clear idea of the capabilities of a 3rd-level Fighter makes judging the threat level of an encounter fairly straightforward – you know the abilities and levels of the PCs, and can, at a glance, measure this against the hit dice and abilities of the monsters. Note, I didn’t write, ‘makes balancing an encounter fairly straightforward’. By contrast, you have to have some experience in running a BRP-derived system to understand the interplay between outnumbering, skill levels, and equipment, before you even add magic into the mix. 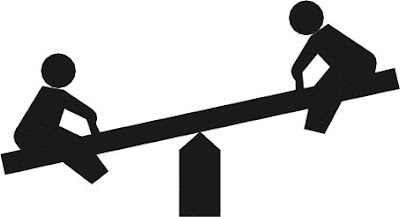 It's not about finding a perfect balance, just understanding the relative weight.
I know that OpenQuest/RuneQuest are explicitly not games of ‘killing monsters and taking their stuff’. This is built into the system. And this is why, if you want to run quick, episodic games, I think that they are far more difficult games to prepare for as a GM, though they are potentially far more rewarding for everyone involved.

As you might read into this I’m still stuck on the system of the sandbox campaign.
Posted by Andy Bartlett at Friday, March 09, 2012