Still waiting for my armies, I decided to get a head start on making some scenery. Knowing that I'd need at least one hill, I decided to make do with what I had to hand. 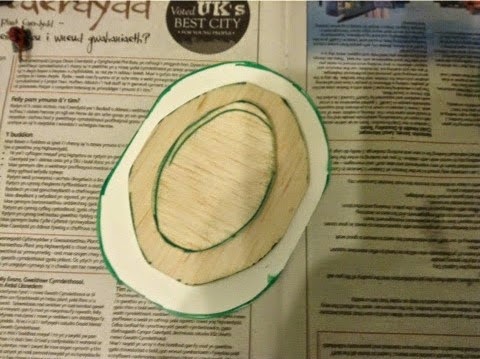 I didn't have a junior hacksaw - we've leant it to a friend who needs it to do something or other in the real world - so I cut the balsa with a craft knife! Yes, I am the modeller who will win a Darwin Award. So little three tier structure built, I needed something to give it some shape. I found a bit of Milliput. A bit of Milliput several years old. I'm not sure it was really in all that great shape - it certainly didn't seem to have the right consistency when I'd mixed it. But hey ho, I want a hill now! 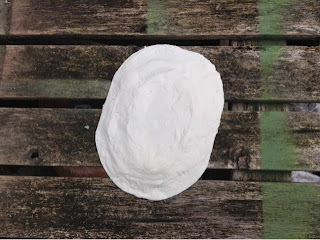 "Steps removed and sequence shortened. Network speeds may vary." It needed a bit of texture - and something to hide all my fingerprints - so I mixed up some Humbrol Model Filler, some fine gravel, some PVA, and (probably a mistake) some water. Gave me a nice Artex-like gloop, which I smeared all over the hill. Then, when dry, painted the whole thing up in the same manner as the board. Speaking of which: 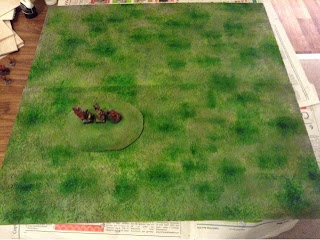 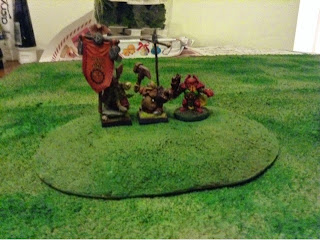 Not sure if they're dancing, or posing for an (ironic) catalogue photo...

Incidentally, doing a little bit of modelling each night, finishing short, sharp projects, has actually made me far more productive at work. Rather than a distraction, this discipline has helped keep my mind in some semblance of order.