I've kinda missed the boat here. A few weeks ago, for no reason at all that I could see, people started talking about D&D art. You know, what should be on the cover of boxed sets, Player's Handbooks, etc. Anyway, at the time I meant to say this:

This is one of my favourite D&D pictures, and should be on the D&D Basic Set[*1]: 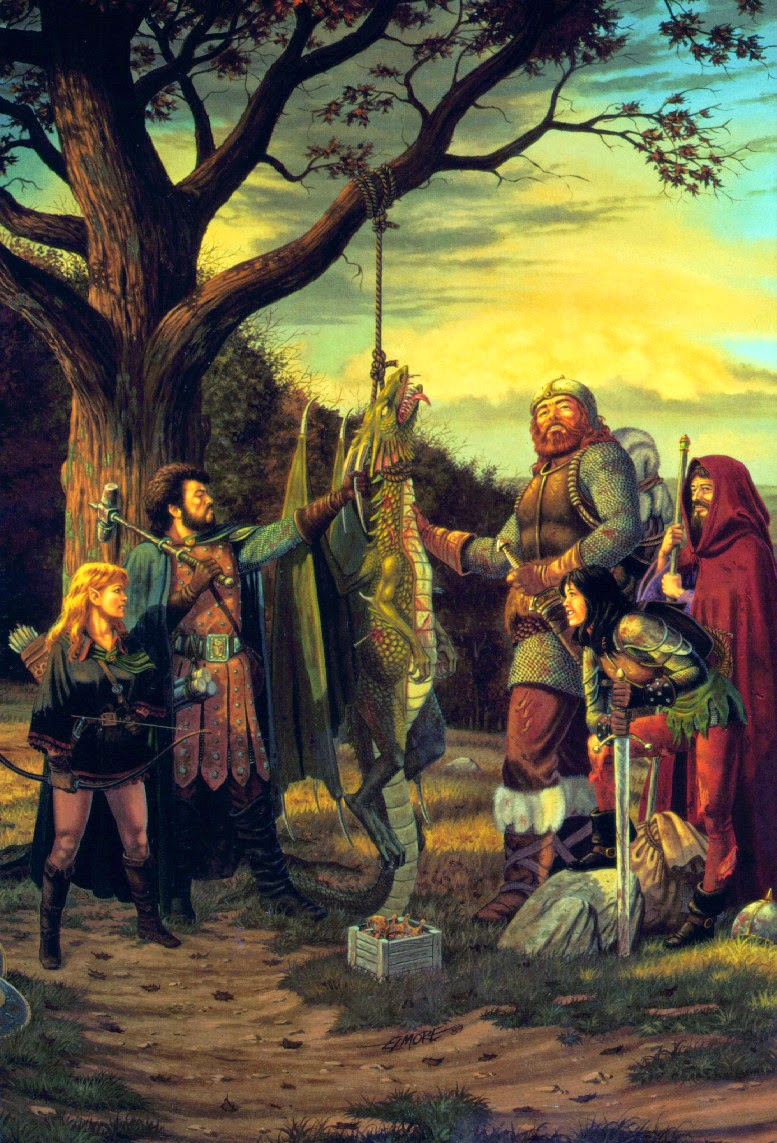 FIRST, it shows a party of adventurers, rather than a lone hero. SECOND, they are posing for a... camera? In other words, this group of adventurers have anachronistic attitudes, like PCs played by late 20th/early 21st century Westerners. Third, there is a small treasure horde, because D&D adventures are about collecting wealth. THIRD, that Dragon is poxy. It is not all RAGHHHH! and AWESUM!, but nevertheless there is tremendous fun to be had in navigating a perilous world, surviving (perhaps) and growing as characters (in terms of personality and history, as well as in power). Playing D&D involves playing low-level characters - indeed it is likely that most D&D play is low-level - and so at least some of the art should reflect that[*2].

But I am a bit of a heretic anyway - I like 2nd Edition AD&D - it sits just behind Basic and ahead of 1st Edition AD&D in my official D&D rankings. I like quite a lot of the art. I like the structured, ordered presentation of rules and procedures. I even have a reasonable appreciation for 'kits'! I don't like the advice for Dungeon Masters (some in the Campaign Sourcebook and Catacomb Guide is truly awful), but I can live with that - that's advice, not rules of procedures.