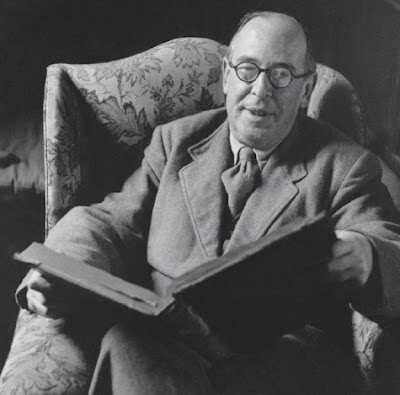 You could have bought a discreet paperback, Clive.
“Critics who treat 'adult' as a term of approval, instead of as a merely descriptive term, cannot be adult themselves. To be concerned about being grown up, to admire the grown up because it is grown up, to blush at the suspicion of being childish; these things are the marks of childhood and adolescence. And in childhood and adolescence they are, in moderation, healthy symptoms. Young things ought to want to grow. But to carry on into middle life or even into early manhood this concern about being adult is a mark of really arrested development. When I was ten, I read fairy tales in secret and would have been ashamed if I had been found doing so. Now that I am fifty I read them openly. When I became a man I put away childish things, including the fear of childishness and the desire to be very grown up.” C.S. Lewis
I am in my mid-thirties, with a family, a doctorate, and a mortgage. People have asked what I want for Christmas. Everything I suggested was, essentially, a toy. Ten years or so ago I might well have been ashamed of this.
Posted by Andy Bartlett at Monday, November 28, 2011 No comments: 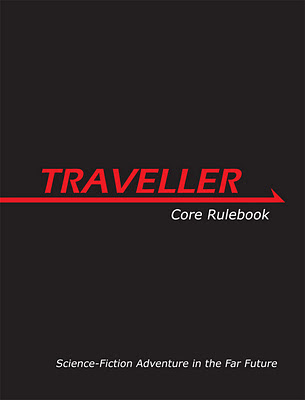 My copy of hardback Traveller arrived this morning, and I have the Legend core rules on order down my FLGS. Both are available in digest sized books (and if I do run Traveller, I will be tempted to buy the digest sized rulebook to be passed around the table), with the Legend core rulebook looking a steal at £9.99. On the basis of the reviews that I’ve read, I’m expecting to like both systems a lot. Deadly combat, characters differentiated by a manageable skill system that places them firmly in the world, and ‘realistic’ advancement systems. Oh, and deadly combat. Did I say that?
Traveller looks a lot less intimidating than I had taken it to be when I read about it in the 1980s. Part of that intimidatory presence was what was written and said of character creation – I was left feeling that it was too complex. And compared to Basic D&D, it is. That is a low bar, though. But a greater part of that intimidation was the result the adventures in White Dwarf and Gamesmaster International. They always seemed so interesting and exciting (and the same goes for my late-1980s exposure to Call of Cthulhu), but as a dungeon-hacking player and DM, I really couldn’t understand how you would run a game that involved anything other than a succession of corridors and rooms, largely populated by monstrous combat opponents and stuffed with randomly rolled treasure. We played D&D, and only D&D. The Warlock of Firetop Mountain was our model. We played… poorly.
In fact, (Mongoose) Traveller looks a relatively clean system, built around 2d6 skill checks, while Legend displays its Basic Roleplay descent in its d% skill checks. Both have easy ways to determine levels of success or failure. Both systems look (relatively) easy to GM, and more importantly, easy for players to understand and build consistent decision-making on. Both have character creation systems that aren’t over long, but look like they’ll do a very nice job of connecting characters to the world/universe in which they will adventure. 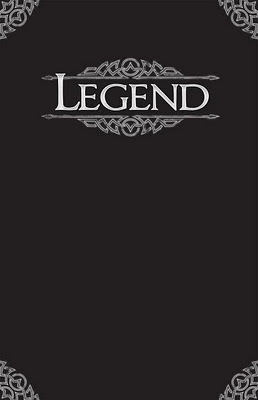 It seems, whether I like it or not, that I am taken with rules systems that involve character creation that uses careers or the like to tie players to the world and their own history, I like advancement systems that do not produce superheroes, I like skill systems that suggest styles of play other than 'kill everything' (and methods for the mechanical resolution thereof), and I like combat systems that are dangerously deadly, even to experienced PCs. Or, at least, I have come to like systems with these components.
I can see Traveller and Legend becoming become my systems of choice - it'd be nice to support an existing RPG publisher, and FLGS, rather than put most of my disposable income into the hands of eBay traders, and to play a game that is actually in print (with magazine support - see Signs and Portents).
For further 'Old School' goodness, Mongoose also publish Paranoia and the Lone Wolf roleplaying game.
This blogpost has not been brought to you with Mongoose. This is not an advertorial. It has just ended up reading that way.
Posted by Andy Bartlett at Wednesday, November 23, 2011 No comments:

Well, I am rubbish at Fighting Fantasy. Reading the line, ‘YOUR adventure ends here’ seems to come ever earlier with each gamebook that I play.
My hero has died in all but the Warlock of Firetop mountain so far (and in that one I did cheat my way through the Maze of Zagor). On my most recent excursion to Fire Island with ill-starred Mungo, my hero died knee deep in mud. So I approached Scorpion Swamp with some trepidation. I like Scorpion Swamp – the book, not the place – I like the choice of quests, the fact that your hero can move back and forth from area to area, and that mapping is important for the story of your hero, not solely for the puzzle that YOU, the reader, are solving standing on the bodies of the countless dead and used adventurers that YOU have thrown into this sandbox meatgrinder. 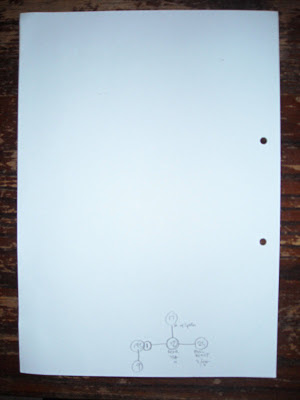 I thought that I'd need more space...
But, like it or not, I am rubbish. I managed to explore a grand total of four clearings. Including the one in which that your hero starts. I know, my magic ring was warning me of danger, but when faced with the MASTER OF SPIDERS, looming threateningly on his throne, I thought I might talk my way out of trouble. No such luck. Not even a TEST OF LUCK. Next time, when I have a SKILL 10 adventurer, I’m going to just kill sinister guys on sight. Or Snow Witches.
Posted by Andy Bartlett at Tuesday, November 15, 2011 1 comment: 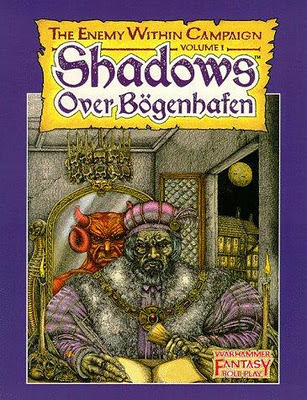