This Is Not A Place Of Honour 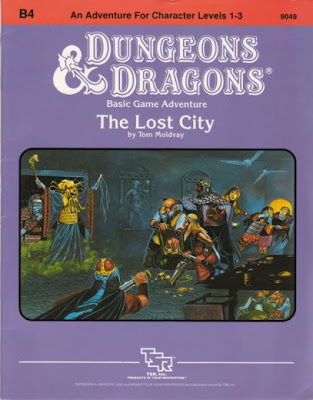 We are the neglectful precursors...
Most fantasy worlds are post-apocalyptic, at least distantly so. How else would there be lost civilizations and powerful, world shaking artifacts? The D&D Known World/Mystara is the product of the destruction of Blackmoor, and suffers a second apocalyptic event if you play the world canon and subject it to the Wrath of the Immortals (I wouldn't - I have all these lovely Gazetteers to explore). The Warhammer World is also the product of a world changing accident stemming from technological hubris. In that case the Old Ones and the Slaan managed to tear a hole in fabric of reality and spill Chaos into the world.
But have a look at this - a warning to be left at sites of nuclear waste storage - and tell me this isn't the entrance to a super-dungeon:
"This place is a message… and part of a system of messages… pay attention to it!
Sending this message was important to us. We considered ourselves to be a powerful culture.
This place is not a place of honor…no highly esteemed deed is commemorated here… nothing valued is here.
What is here is dangerous and repulsive to us. This message is a warning about danger.
The danger is in a particular location… it increases toward a center… the center of danger is here… of a particular size and shape, and below us.
The danger is still present, in your time, as it was in ours.
The danger is to the body, and it can kill.
The form of the danger is an emanation of energy.
The danger is unleashed only if you substantially disturb this place physically.
This place is best shunned and left uninhabited."
p.s. I probably owe a hat tip to someone for pointing me to this ages ago.
Posted by Andy Bartlett at Monday, March 28, 2011 No comments:

Death By One Hundred Foots

I lived abroad, in the Tropics, during my youth. I remember being told that we shouldn't really worry about the tarantulas, and that the scorpions looked far more frightening than they were. What were really nasty, we were told, were the big, fat, orange centipedes. 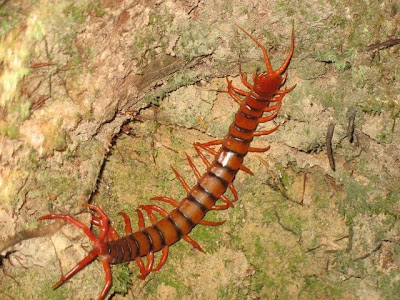 From Malaysia, not Allansia, but nasty all the same.
So was it that surprising that my latest Fighting Fantasy adventurer met his doom at the multitudinous feet of a GIANT CENTIPEDE in the sewers of Port Blacksand? And SKILL 10?! My adventurer would almost certainly have been able to whittle off the beast's 5 STAMINA points, had he not, trying out every strange object he could get his hands on, suffered a -2 SKILL curse.
City of Thieves is a great collection of random encounters, with the emphasis on random. Not just in the contemporary sense - each one being just the kind of oddness that characterises Titan - but in the Gygaxian sense - there is no way of planning a path through Port Blacksand; the adventurer is limited to taking the opportunity to experience the encounters that Ian Livingstone has rolled up on his Urban Encounters - Evil City d20 table. Great fun, all flaws considered, and my adventurer even had a couple of the special McGuffins that I would need to kill Zanbar Bone.
Posted by Andy Bartlett at Friday, March 25, 2011 No comments: 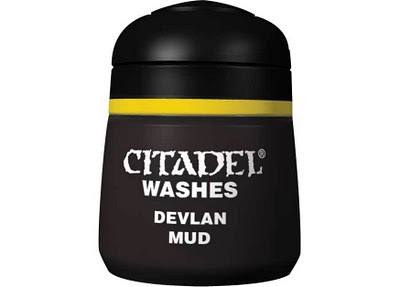 You meet a strange man in a bar and he gives you a job.
I spend a lot of time in bars and I've never once been propositioned in this way. 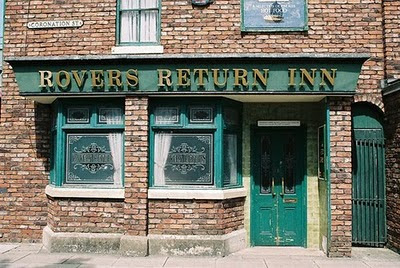 So, Starship Traveller. The least satisfying book so far, largely because the illusion of control is absolutely stripped away with so many decisions the sci-fi equivalent of the bare left or right found in some of the fantasy books. Funny, I remember really liking this book 20-odd years ago. It did get me thinking about tabletop roleplaying; Star Trek (and Firefly, which I'm halfway through watching at the moment) would make a very good model for episodic, fantasy set, sandbox play. More on that idea in a later post.
Anyway, after rolling up my crew, and plunging through the Seltsian Void, we aimlessly explored new space. Landing an a planet notable for its anarchy, we ran into a bunch of GUARDS. Their description was the highlight of this read-through. I asked 'why, if there are no laws, they have the need for guards'? Our host explains, 'Guards do not guard things, we do not need to protect things. It's just that some members of our community get pleasure out of attacking others and, of course, they are free to do as they wish. But in fairness to the rest of the population, they dress up in uniforms and call themselves guards so as to warn others they must be on guard when a guard passes.' Brilliant.
From there we proceeded, again, without any kind of plan, to a planet with a hallucinogenic atmosphere, changed course because I suspected that we heading into deep space in the pursuit of a hallucinatory scanner reading, and then my CATERING OFFICER tells me that all the food has been spoiled. Why wasn't I given the option of rolling for his SKILL, as I was all the rest of the key members of the crew?
In pursuit of food we were presented with another left-right choice; a blue planet or a green planet. Opting for the blue planet, we were told that the entire planet was an ocean. Nevertheless, we were given the option of beaming down. I made the choice to leave orbit and head towards the green planet, but broke one of my rules and skipped to the section for beaming down to the blue planet. Your transporter chief doesn't really beam you down to death by drowning does he? Yes! Yes he does! Morale must be low on Traveller.
Down on the green planet one of the crew gets crushed a gigantic beasts do battle, but by keeping calm and quiet we avoid drawing the attention of the winner. Then, in true death planet style, the plants themselves attack! Thinking perhaps that the tangling vines are a self-defence mechanism, I try the same technique as saved us from the beasts. I opt to attempt to remain still, presenting no threat, no stimuli that might prompt the vines to entangle me further. Of course, the vines strangled and crushed the life from my acquiescent body. My adventure ended here. 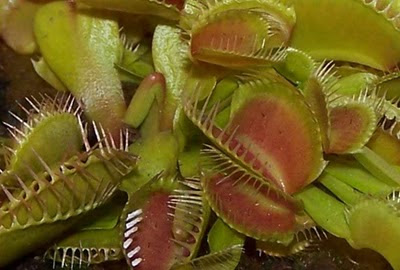 I picked up my daughter, showed her this array, and said, 'One day, all this will be yours.' 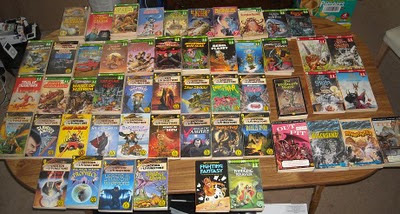 Labours of Joy / Livres des Jeux
I'll be using eBay to sell off some of my multiple copies - I don't think I need six versions of The Warlock of Firetop Mountain or The Forest of Doom, even if they do have different covers.
On the subject of covers, the iconic covers for me are the jagged green stripe 'Adventure Gamebook' covers. I don't think that the coloured star was enough to create an identity, and I never took to the dragon logo. I think this was because I moved abroad - to a non-English speaking country - during the mid-eighties for a good few years, left with only the gamebooks I had carried with me. And by the time I came back... things had changed!
The jagged stripe was used, as you can see, on the Sorcery! series (naturally enough), as well as the Cretan Chronicles and Maelstrom both of which I remember borrowing from the library in the 1980s. What I didn't know until this week was that the jagged stripe was also used on a series of gamebooks for girls - Starlight Adventures! 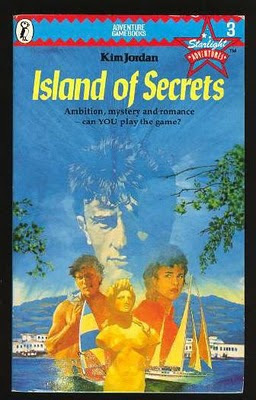 Do you think that the statue comes to life and that you have to fight it to find a numbered key?
Posted by Andy Bartlett at Saturday, March 12, 2011 2 comments:

I have a lot of Fighting Fantasy gamebooks. I have had some of them since the early 1980s. I have had some for a few days. And I am now married, have a PhD, and am a father. So, I decided that I finally have the maturity to obey all the rolls of the dice and to hold myself to the decisions that I have made.

However, playing one book over and over until it has been completed is boring. If you are not going to cheat the books become a mechanical problem. Who wants to read the same passages over and over again, or worse, to not read passages at all, simply making a series of paragraph number choices? I want to enjoy a fantasy adventure.

I have decided to play each book in my collection in turn. When that adventure ends, I will move on to the next book in the series, with nary a backward glance at the dice rolls that I should have fudged or the places where I should have changed my mind. Well, apart from a brief recap, listing the doom of my adventurer.

#1 The Warlock of – A very good start, but a little bit of a cheat before I have properly begun. My adventurer killed his way through the mountain to reach the Warlock, defeated him, and had the keys needed to open his treasure chest. The cheat I relied on was the help of the internet to get through the Maze of Zagor, but otherwise everything else was by the book. Putting the cheat in context, I completed this book before I had settled on this programme of gamebook adventuring. has a new master.

#2 The Citadel of Chaos – My adventurer, avoiding combat more or less entirely – only fighting a GOLEM that had been weakened by a fight with a CREATURE COPY – very quickly got to the room with the GANJEES in it. Though my adventure ended here in the majority of my previous plays of this book, and I will not resort to an internet walkthrough. It is not quite the same scale of frustration as the Maze of Zagor. Death by falling.

#3 The Forest of Doom – my adventurer survived a series of nasty combats with high SKILL opponents, didn’t find either of the parts of the warhammer, and then died in a fight against a fire-breathing WYVERN. He had equal SKILL, and nearly twice as much STAMINA, but rolled badly, and even a last ditch TEST OF LUCK didn’t come off. The first time so far that the dice have failed me, but it will not be the last. Rare, or well done?

Turn to 400 has a much funnier take on working through the Fighting Fantasy gamebooks in order. All I'm doing is listing the fate of my characters - death, more often than not - and waiting for Advanced Fighting Fantasy 2e.