C was missing from last night’s game night, so we played Heroquest rather than continuing our WFRP2e adventure. S played the Evil Wizard, and chose to begin with the first adventure of Return of the Witch Lord. The Barbarian, played by D, died in the first room we entered (“this is a game for kids, right?” he asked), from which poured seemingly endless undead and two Chaos Warriors. While he was doing his loincloth and sword thing, my Elf and A’s Wizard fled into a room from which there was no escape. The Elf held the doorway, running out of Body Points when there were just two Skeletons, after which the Wizard went hand-to-hand with the putrid foe, and won! The Wizard then wandered the board, with just one Body Point left, searching for traps, searching for treasure, until there was nothing left to do but open another door. More Mummies! Despite my suggestion that the Wizard attempt to lead the slow Mummies on a chase, leaping a pit trap (which he would have a 50% chance of surviving), which would kill, on average, half of his pursuers, the Wizard bowed to the inevitable and stood toe-to-toe with the ancient Nehekharans. And died. 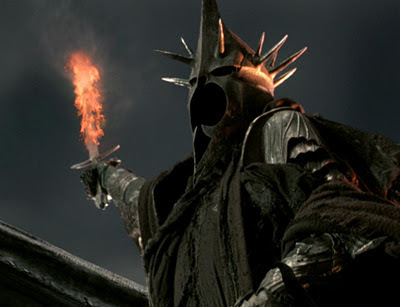 No, we didn't even get close to his front door. We died in his Porch of Doom.

Though it doesn’t say so, I think that the heroes you bring to the fallen city of Kalos are meant to be a little more experienced and tooled up that the straight-from-the-box-heroes we ran. Nevertheless, according to S, the Evil Wizard, there were just a handful of monsters left on the map when the Wizard finally died. If we’d played with the Dwarf, and made some slightly different decisions, we might just have scraped through to the Gate of Doom.

Thinking about number of players and level suitability got me thinking about early D&D modules, which were often recommended for relatively high numbers of players. Given that I've most often played with 3-4 players, these modules couldn't be used at the recommended levels without some careful thought. More, I'm not sure I'd want to play with 8 or so players. One, that's too many to fit around a table - and it's a recipe for a cup of tea going crashing all over character sheets at the least. Two, it's far more likely to be difficult to GM - not only are some players and their characters going to melt into the background, but splitting the party makes plenty of in game sense, and that can be a big headache for a GM. What do people think are the optimum number of players? Does this vary between games? What about multiple characters per player (a solution I'm not keen on)? Is it all down to producing sufficient meatshields?
Posted by Andy Bartlett at Thursday, January 12, 2012 1 comment:

I've just put the static grass on the base of the last Slayer for my Dwarf Blood Bowl team - the Karak Angaz Miners' Welfare. They're a mix of Dungeon Bowl plastic linesmen, a bunch of very old metal, and two more contemporary Slayers. Okay, still to paint is an old metal version of Barik Farblast, and I've still to pick up a Deathroller... 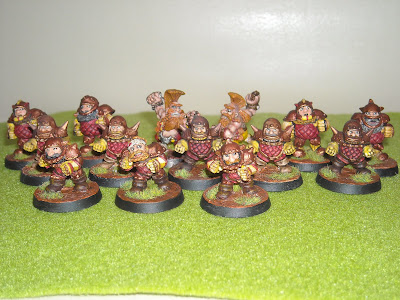 Still to come; earning a living in BECMI D&D and in WFRP1e, and more pictures of miniatures that I started painting months and months ago and have only just got round to finishing.
Posted by Andy Bartlett at Saturday, January 07, 2012 No comments:

Save Me From Skyrim!

Please.
Someone.
I got Dwarf King's Hold for Christmas,
a 40K Steel Legion squad,
a bunch of Bruegelburg miniatures, 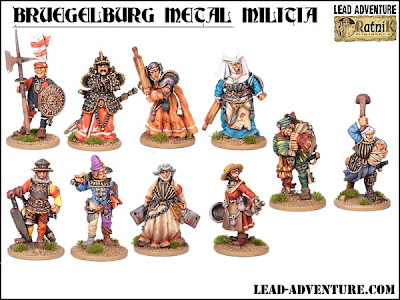 a whole load of Dragon Warriors books that I bought myself.
But I also got Skyrim, so those all remain largely untouched. It is much better than Oblivion. In the same way that crack is (apparently) much 'better' than cocaine.
Someone help me. Please.
Posted by Andy Bartlett at Wednesday, January 04, 2012 3 comments:

The First D&D Ever Sold

The other day I noticed the name of an academic colleague in the list of playtesters for a Mongoose Runequest book. When buying up a cache of out-of-print (but soon to be in-print again) Dragon Warriors books from a comic shop, I started to talk about the art of Jon Hodgson, who, it turns out, used to work there. And it also turns out that gaming and the small-press comic scene also overlap - whodathunkit?

Greg Stafford's story of how he came to own the first copy of D&D ever sold stretches credulity a little, though. Two giants of gaming, linked, in gaming utero, by a belt buckle catalogue.
Posted by Andy Bartlett at Tuesday, January 03, 2012 No comments: