The Warlock of Firetop Mountain for AFF2e

This is not a review. It wouldn’t be fair to review an adventure that I have not run. This is a very short piece to note that, by the evidence of The Warlock of Firetop Mountain, the graphic design standards of Arion’s AFF2e line have come on in leaps and bounds.

One criticism that has been levelled at AFF2e, and particularly the core rulebook, is that the design and layout is not up to standard. That there were entirely blank pages in a couple of places was a particularly egregious example. See,for an example, Dyson Logo’s mini-review. But note what he has to say that is positive about the game as a game, and remember, I wouldn’t have, in recent years, run more AFF2e than any other system if I didn’t tremendously enjoy it.

An aside: In part, this post is inspired by the arrival, just this morning, of Arion’s republishing of Titan and Out of the Pit. I hadn’t bought these yet because I already own copies of the originals published by Puffin. Of course I did. Importantly, I own Titan in the original larger format, and can confirm that the Arion publication has a layout that is almost identical to that of the original. Some of the art has ‘faded’, and a couple of items of ‘page furniture’ have shrunk, but otherwise it is a faithful reproduction. I suspect the same is the case for Out of the Pit, but I only have a very battered / well-loved paperback sized version so can’t compare. This is just to say that the ‘boring’ two column layout is a legacy of the original books.

Here is a comparison of pages from the Puffin and Arion publications of Titan: 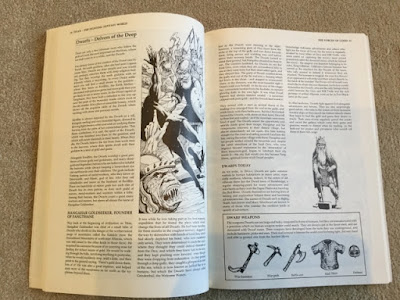 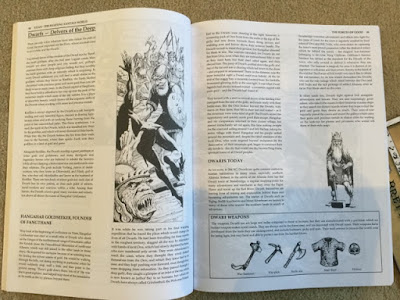 But this post isn’t about those books, but The Warlock of Firetop Mountain. I confess that I bought this ages ago. While I have run the Crown of Kings adventures, I’ve never done more than read The Warlock of Firetop Mountain. But what did strike me, from when it first arrived, is the way in which the graphic design has improved immensely, while keeping with the general style. Have a look at a few pages from the book to see what I mean.

The art from the book is mostly well-reproduced, the ‘page furniture’ is well done, there are some fantastic page borders, a new map of the Pagan Plains, and the character portraits for the pre-gens perfectly in keeping with the Fighting Fantasy aesthetic. I’m not a big fan of the computer-produced dungeon maps, but that's a personal preference, and they are certainly serviceable. 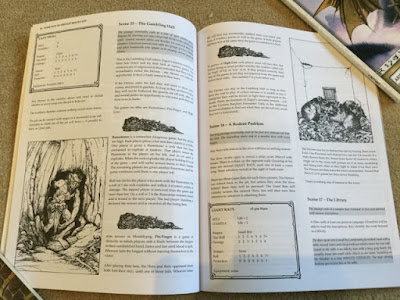 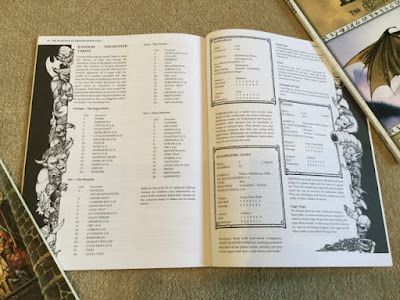 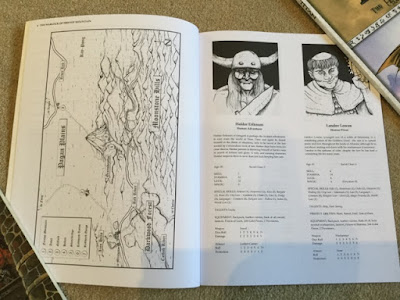 Congratulations to Graham Bottley, and especially to Brett Schofield, for ‘translating’ the gamebook into AFF2e and providing some good quality art that fits in nicely alongside Russ Nicholson’s original illustrations.