I have lots of D&D material. AD&D1e, AD&D2e, and my beloved BECM(I[*1])/RC. A cupboard full of the stuff. But I haven’t played D&D in ages. Recently, we've been playing WFRP1e and 2e in our gaming group. And lately, I've been really interested in running RuneQuest/Legend (or OpenQuest) recently. I like the elegance of the d100 system, the bloody death that awaits characters who charge thoughtlessly into combat. I’d been considering it as the engine for a new sandbox campaign, with a world to be generated from the ground up (with some components acquired by unashamed robbery from existing campaign settings, fantasy fiction, and legend – I wouldn’t even file the serial numbers off). To satisfy my desire to both GM and to play, I convinced D to run this campaign as a co-GM, populating the world through a developing array of random tables and a library of stock elements. With no great secret plot driving the action, rather the decisions of the PCs, co-GMing is not much of a problem. And, anyhow, if you are unable to separate player knowledge from character knowledge, you are not going to make much of being a GM anyway. 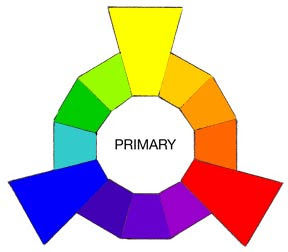 But what do we come up with? A Viking-based, low-magic, all-human campaign, in which the PCs are tied to their community and culture by 'realistic' economics and a Pendragon-based personality system, with one or two adventures per game year. Giving the campaign an epic, intergenerational scope. I am not saying that is boring. It certainly got me and D excited. But will it excite the players in our campaign in quite the same way? This is a campaign concept that you really need to buy into. I have a strong feeling that, at the moment, some of the players in our group want their game painted in a few more ‘primary colours’ rather than the seven shades of, er… grey that is a well done WFRP or RuneQuest game. And that isn’t just in terms of the game style – killing monsters and taking their stuff >over> scrabbling, unrewarded, in the dirt – but also in terms of game mechanics – I’m a fighter, I’m a wizard etc. lets get to it >over> I have a range of skills that mostly overlap with yours. These things, of course, are a spectrum – skill-based systems have class-like archetypes, and class-based systems, even RC D&D, have skill systems, and campaigns about fighting dragons and clearing out the kobold caves can have gritty elements, just as a campaign that began wrestling in the Middenheim mud with a pox-ridden beggar[*2] might end with a Trollslayer, a Wardancer, a Knight, and a level 4 Wizard facing down giants and chaos warriors.

More than that, there's the structure of our gaming group. My wife and I have just had a second child. The other GM in the group has two children (and a non-gaming wife). This produces play sessions are short compared to what we might once have played - 3 hours is about the typical maximum - and, potentially, irregular. If we’re gaming weekly, we’re doing well. The other players, well, I’ve got a feeling that they would be far more into a ‘killing monsters and taking their stuff’ style of campaign – I am pretty certain that, for all they enjoyed Shadows Over Bogenhafen, for example, the lack of combat and character reward[*3] did not match expectations.

So what game and play-style is geared towards quick, episodic thrills and easy fun? My thinking is a sandbox campaign, with a hex map populated by small dungeons – strongholds, encampments, ancient tombs, sewer systems, caves, and dense forests – with random tables and improvisation generating the world on the fly in order to generate a sense of real player/character freedom. Put aside any worries about the world having a ‘realistic’ economy [*4], ‘realistic’ geography, or ‘realistic’ cultures – in Mystara for example, the Viking analogue culture complete with Scandanavian analogue geography immediately abuts an Arabian analogue culture and geography. So what? There is also a flying Gnomish city, an Empire of 36th level Magic Users descended from extra-dimensional ‘humans’. And if you really want the problem of unlikely neighbours, there is a nation of Halflings living in a late-Medieval rural English idyll right next to a plateau of magical Native American analogues. And all this makes it fun. Not mindless fun, not even cheap fun. Just primary coloured fun.

But what rule set? Well, I can’t use AD&D1e. Why? I can’t make head nor tail of the arrangement of the rules in those books, I never have been able to. I love them, but it is like reading someone’s house rule document out of context. AD&D2e [*5] is a goer, and I’ll be able to make use of the rulebooks that I had shipped from Scotland to the Caribbean [*6] the Christmas of their release. Those books are well travelled companions of mine. BECM(I)/RC is also a goer – many of those books are also the original having assembled all the GAZ/PC series etc. over the years I have endless optional rules and classes to incorporate, and campaign locations and NPCs to steal. Largely, though, I see D&D and AD&D1e/2e as essentially the same game. Alternatives would be Dragon Warriors, or Advanced Fighting Fantasy 2e, though the D&D nostalgia, and the weight of the D&D cupboard, bear down on me. The default settings of those two do contain important flavours to stir into the mix – the darkness of Dragon Warriors Legend takes some of the edge off the high fructose corn syrup of Mystara, and a dollop of Titan adds a very British spice. But in the end, this will be a world that develops from player/character action (and overt player suggestion), GM improvisation on top of some sketchy preparation, and random tables – let the dice decide!

*1 I don't have the Immortal Set. I do own one Immortal level module - The Immortal Storm -, and I think I'd have to be in a pretty special headspace to consider running it.

*2 Sorry, I mistyped. You are the pox-ridden beggar wrestling in the mud. And it is fun.

*3 The PCs were all still alive at the end. What more do they want?!

*4 Though I will be returning to my series (currently stalled on part 1) on ‘fantasy’ economics – did you know, for example, that a BECMI Magic User can earn 3,000GP per month for sitting around in someone else’s castle?

*5 What is the ‘problem’ that some have with AD&D2e? It is still recognisably A/D&D, unlike 3e and on.

*6 Releasing the Monstrous Compendium as a ring binder rather than a book was a nice idea, but made it awkward to post internationally in the 1989.